Announcement of the winners of “TOKYO FASHION AWARD 2022” 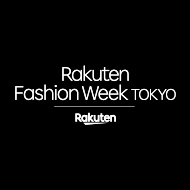 TOKYO FASHION AWARD which is organized by Tokyo Metropolitan Government and Japan Fashion Week Organization has just announced the 8 winning designers. The award winners are as followed.

Born in 1994. At the age of 15, Dairiku Okamoto was influenced by unique used items and youth culture of his hometown of Osaka, and enrolled in the fashion design department of the VANTAN Design Institute. He then started his own brand “DAIRIKU” while in institute. He won the Asia fashion collection Grand Prix in October 2016 and presented his first runway style collection at NY Fashion Week in February 2017. Currently, he is based in Tokyo and will be presenting his collection in a full- scale exhibition format from the 2018SS season.

Hiroaki Sueyasu launched “KIDILL” in 2014. KIDILL is a coined word meaning pureness within a chaos. Based on the designer’s experiences of culture of London punk, Hardcore punk, Post punk, and Grunge, he dedicates his clothes for rebels with a new spirit of the present age.

After graduating from Bunka Fashion College with a major in design, Norio Terada worked in design and production management at several domestic brands and multi-brand stores. Then he became independent in 2016 and started his own brand in 2018 AW.

Eriko Ishida was born in Chiba in 1989. After graduating from Sugino Dressmaker school, she worked as a corporate designer and a buyer for 8 years. Then she launched upcycle brand “MALION vintage” with Aki Shimizu in 2016. Then she launched her own brand ERiKOKATORi in 2019. It was named after her grandfather’s lumber shop.
Aki was born in Kobe in 1983 and worked at an apparel shop at Hyogo after graduating from high school. Then she moved to Tokyo and started to work at an apparel brand called Cher as a buyer and store manager for 11 years. Aki and Eriko launched MALION vintage together in 2016.

Born in Osaka in 1988. After graduating from Ueda College of Fashion, Ryota Murakami further studied fashion at coconogacco. He started brand activities from the 2015 Spring / Summer collection.

Born in Tokyo in 1988 and graduated from Esmod Tokyo. He won numerous awards in contests while in school, and he was featured in Vogue. In his final year at school, he won a special prize at the Kobe Fashion Contest and was awarded the qualification to study in Italy.
After graduation Harunobu worked as an assistant at Steady Study, a PR agency. In 2010 moved to Italy and enrolled in the Master Course in Fashion Design at Istituto Marangoni in Milan. While attending the school, he presented a small collection at the Dinard International Mode Festival in France and won the Mayor of Paris Award. In 2012, he became the first Japanese to win the Next Generation competition organized by the Italian Fashion Association (Camera Nazionale della Moda Italiana), which runs the Milan Collection. He made his debut at the age of 23 at the Milan Fashion Week 2012 Autumn/Winter presenting his collection under the name Harunobu Murata, the predecessor of the current brand. In the same year, he began working as a designer at John Richmond. In 2015, he joined Jil Sander’s women’s design team where he worked under creative directors Lucy and Luke Mayer until the Spring/Summer 2018 collection. In 2018, Harunobu returned to Japan and started the luxury fashion label “HARUNOBUMURATA”.

Born in Saitama. She graduated from Bunka Fashion Graduate University in 2011. After she gained experience as a knit designer, she started “malamute” from the A/W 2014 collection.

TOKYO FASHION AWARD, which began accepting applications in April of this year, has also decided to expand to support the designers during the Paris Women’s Fashion Week in February and September from this fiscal year. This is in addition to the support for showrooms during the Paris Men’s Fashion Week in January and June, with the aim of expanding the range of support to various talented designers based in Tokyo.
Along with this, the number of award winners will be expanded from the previous 6 designers (6 brands) to 8 designers (8 brands), and the winners will be supported to exhibit in the showroom twice a year. These four brands from each men’s and women’s support frame at Paris Fashion Week will present their collections at “showroom.tokyo”.

About the TOKYO FASHION AWARD

This is a new type of fashion prize that will select 8 designers (8 brands) from Tokyo that has potential to grow in the international market and support their oversea expansion. We aim to bring fashion designers from Tokyo into the world by supporting their business continuously. The selected 8 designers will open their own showroom “showroom.tokyo” during the Paris fashion week and hold business meetings with famous buyers to expand business worldwide. By the 6th Paris Fashion week, 41 designers (36 brands) have been selected and they are receiving widespread attention from both domestic and foreign buyers.

The juries selected the finalists among a great numbers of brands that had applied, based on the following criteria; (1) has potential to become an international brand that represents Tokyo in future, (2) has potential to expand its business to overseas in terms of design, number of items, and price range, and (3) is enthusiastic about overseas expansion and ready to set up for the production. Evaluating collection through their runway shows, installations, trade shows or visiting ateliers, the juries determined 8 winning designers.