soe is one of the representatives of Tokyo’s men’s fashion, leading the scene since the 2000s. Since its establishment in 2001, Mr. Soichiro Ito had been their designer, but now, the brand has reached a time of change, with Mr. Yuki Takagi succeeding the role of designer from their 2017 Autumn/Winter season and starting “soe women ” from the 2016 Autumn/Winter season. While their future directionality gathers attention, we interviewed Mr. Ito and Mr. Takagi, having done a showroom presentation in Europe for 2 seasons and an installation presentation in Japan, as winners of the 2018 TOKYO FASHION AWARD. 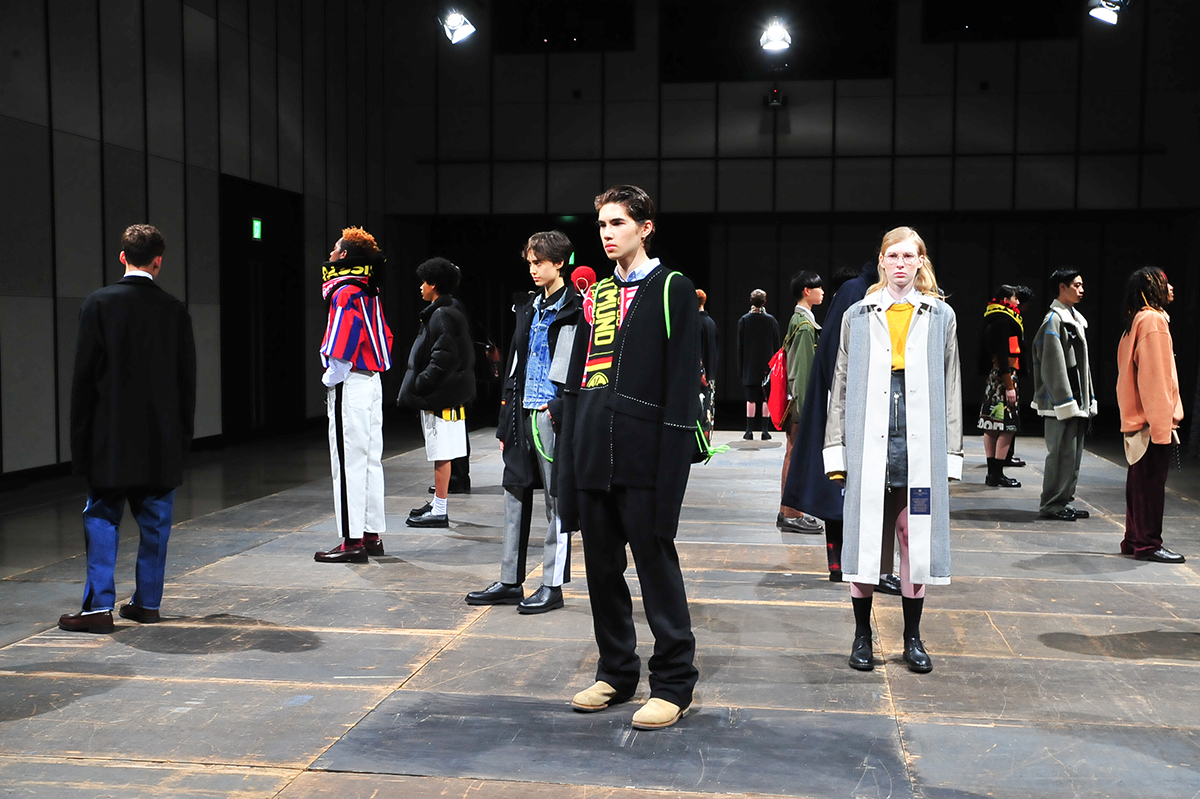 In the 2018A/W season, you’ve participated in Tokyo fashion week for the first time since 2012, as an award-winning brand of the TOKYO FASHION AWARD. How did you feel about doing this installation?

Ito： In re-presenting the collection we had already announced at the Paris showroom in January, our biggest problem was how fresh we can make it look at a place like Tokyo. The venue was already determined to be Shibuya Hikarie, so we fixed “Shibu-caji (Shibuya casual)”as the hidden theme by mixing in vintage wear which wasn’t included in the collection we presented at Paris and put our minds to expressing a sense of Shibuya which existed back then.

Takagi： It was refreshing to do a collection announcement in such a form because we haven’t done this in quite a while. It was a new challenge for the company, but I’ve been with the brand since the time soe used to do shows, so for me it brought back memories. 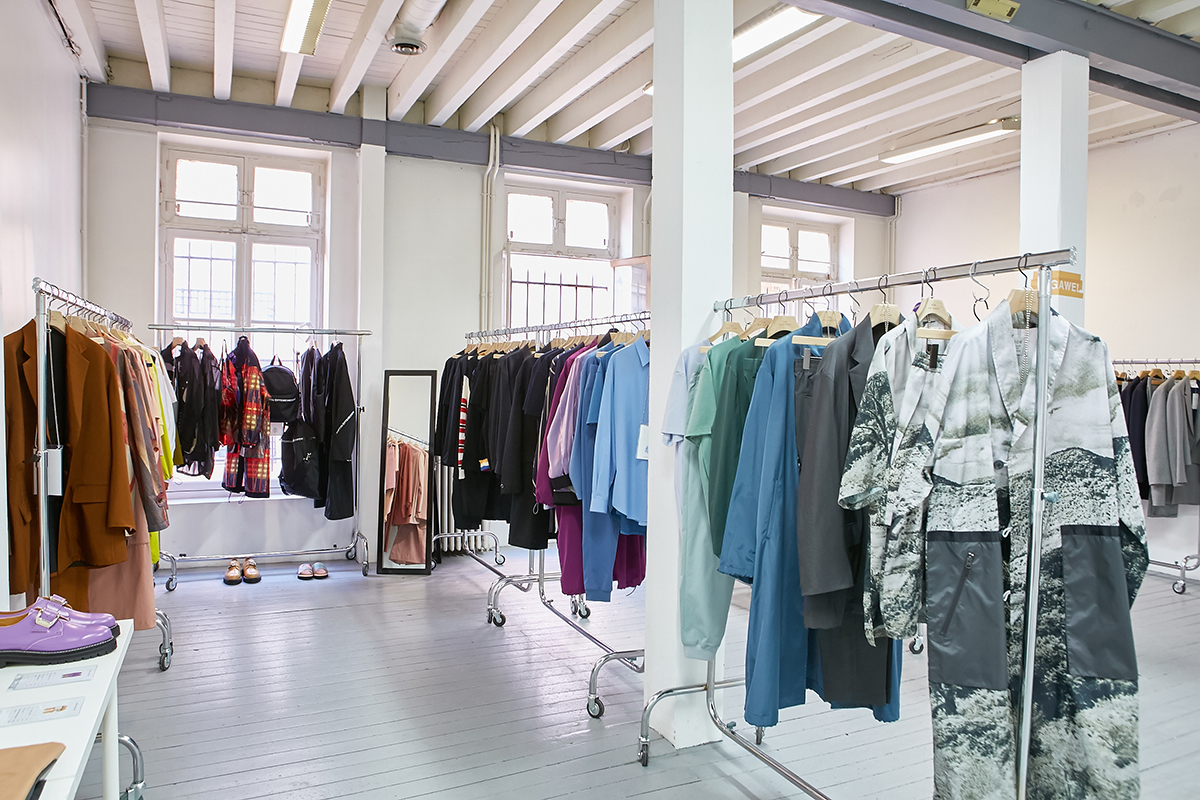 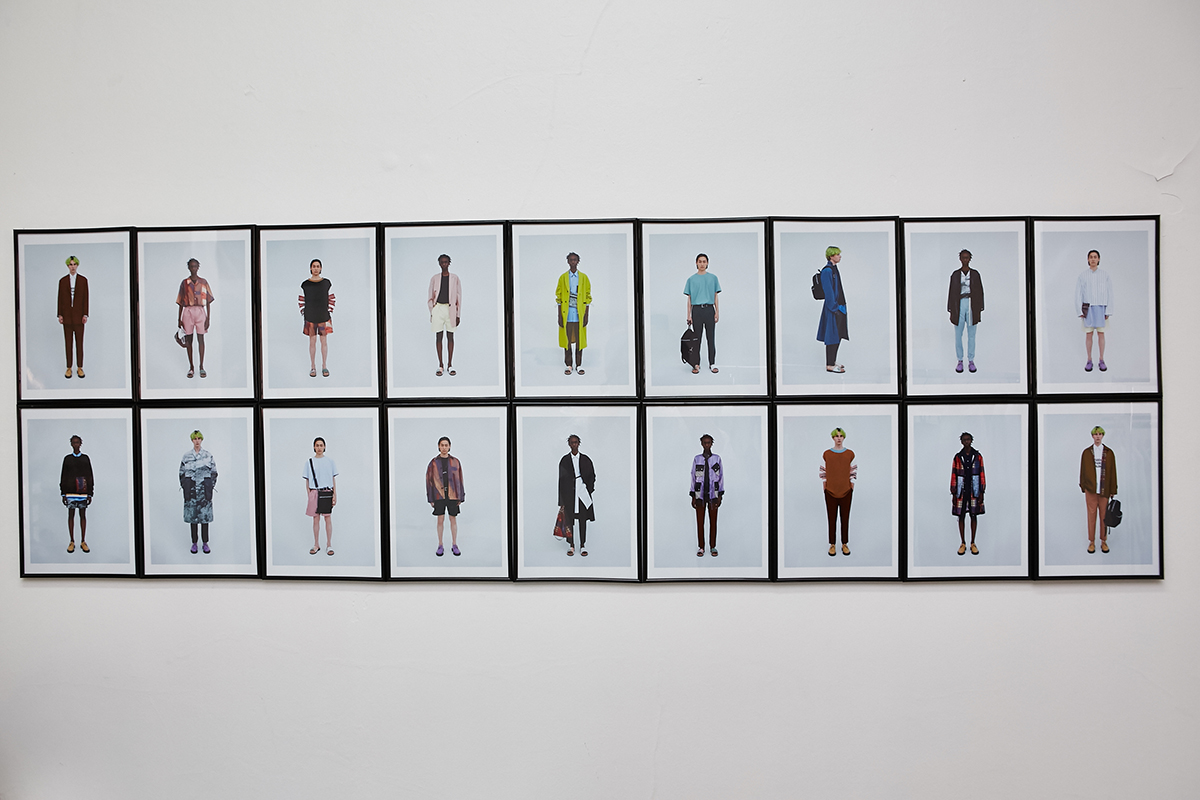 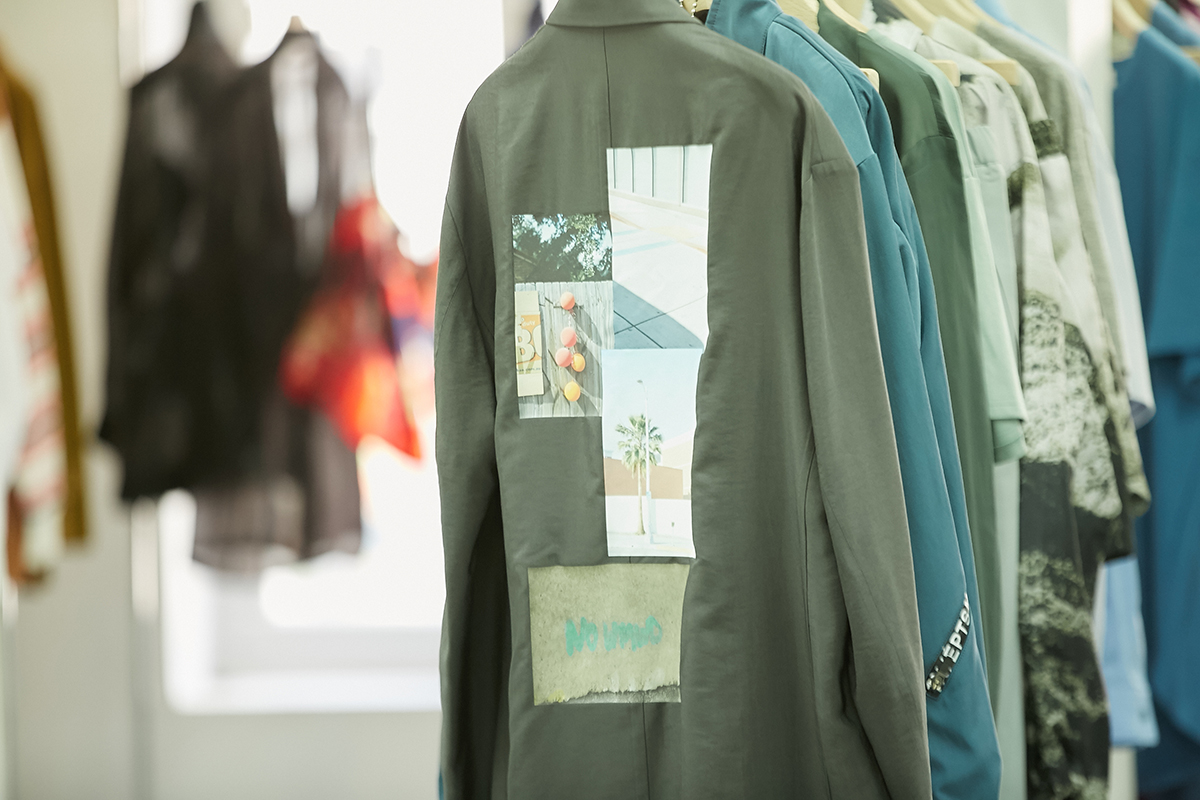 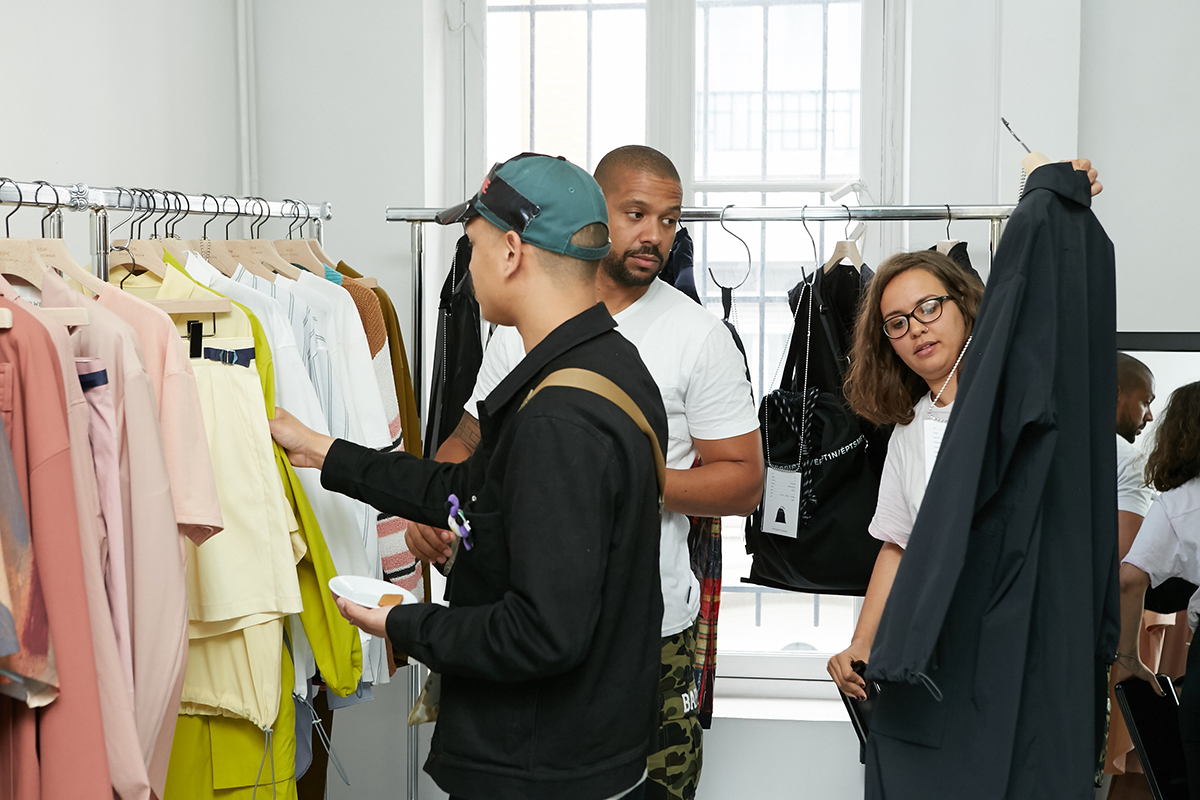 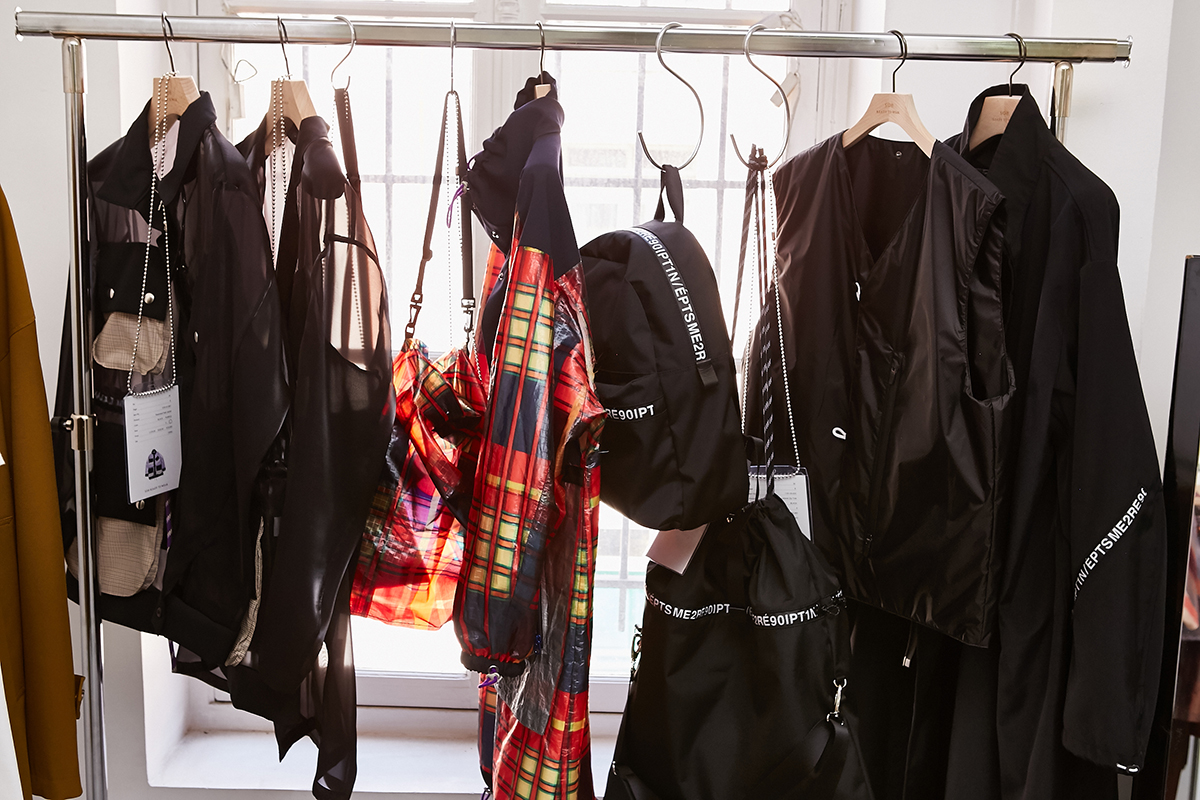 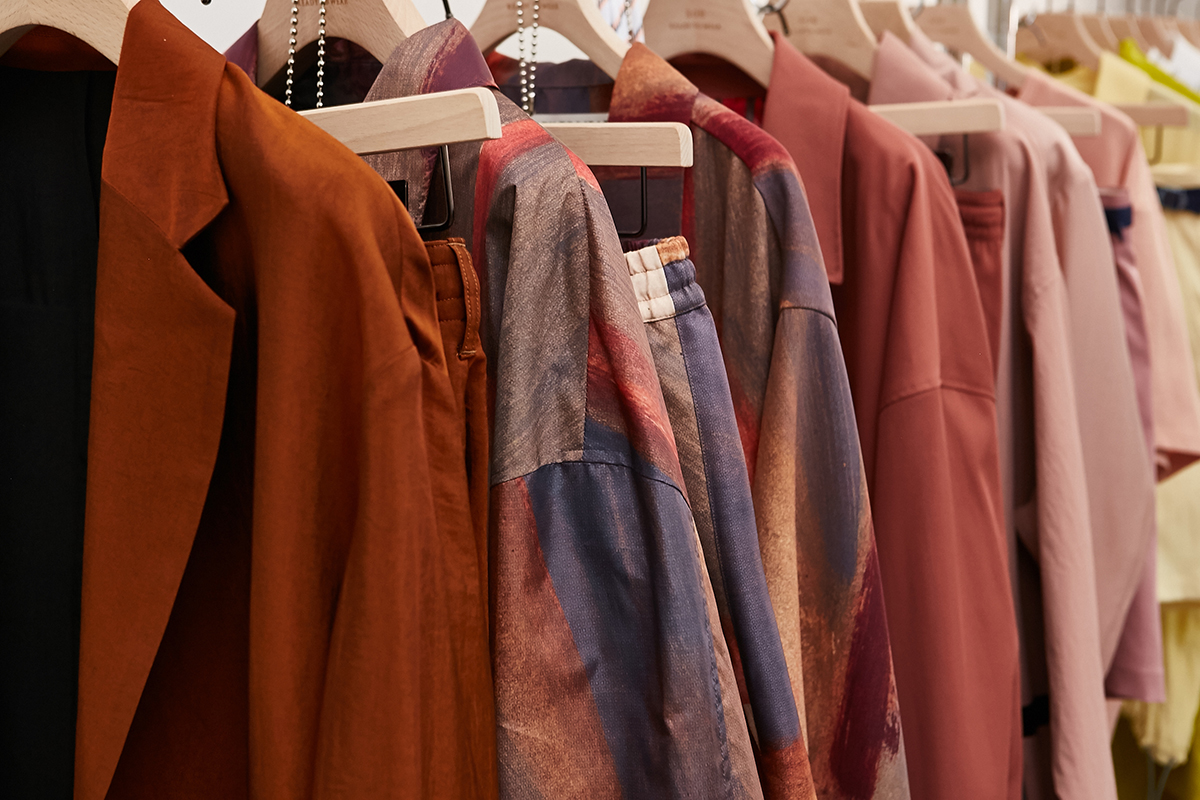 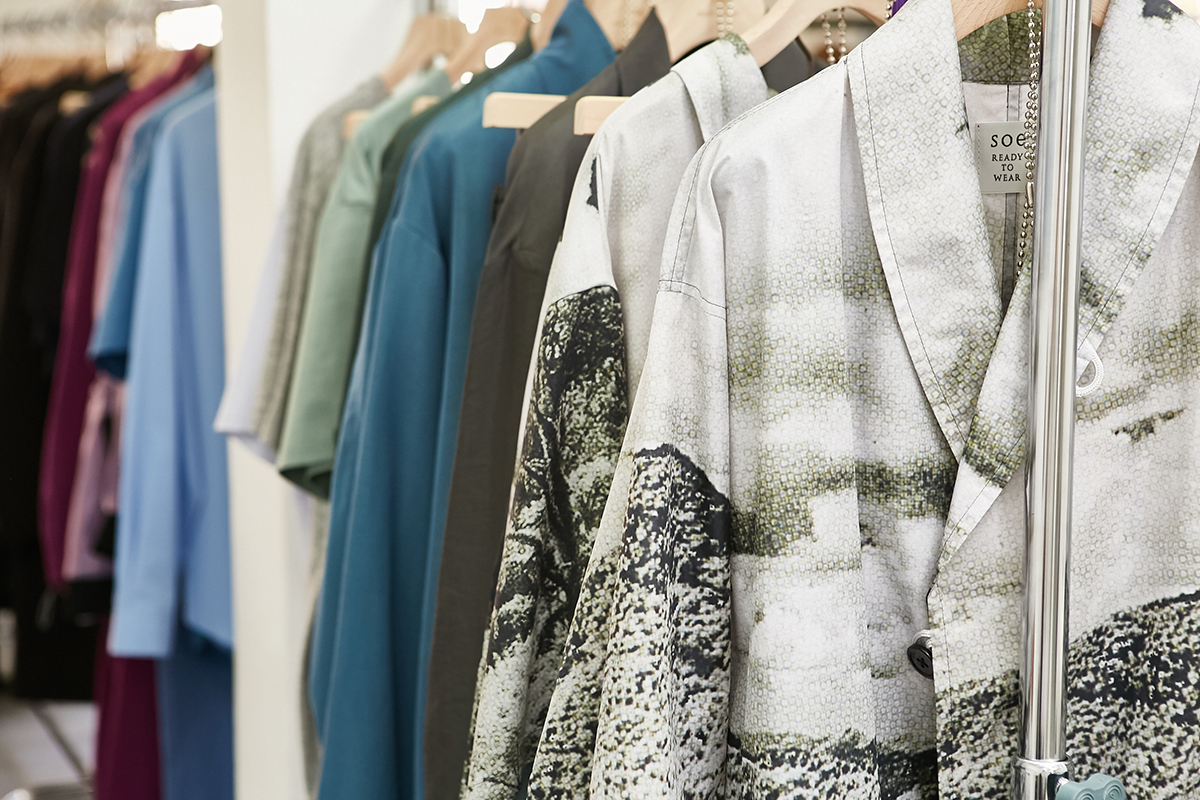 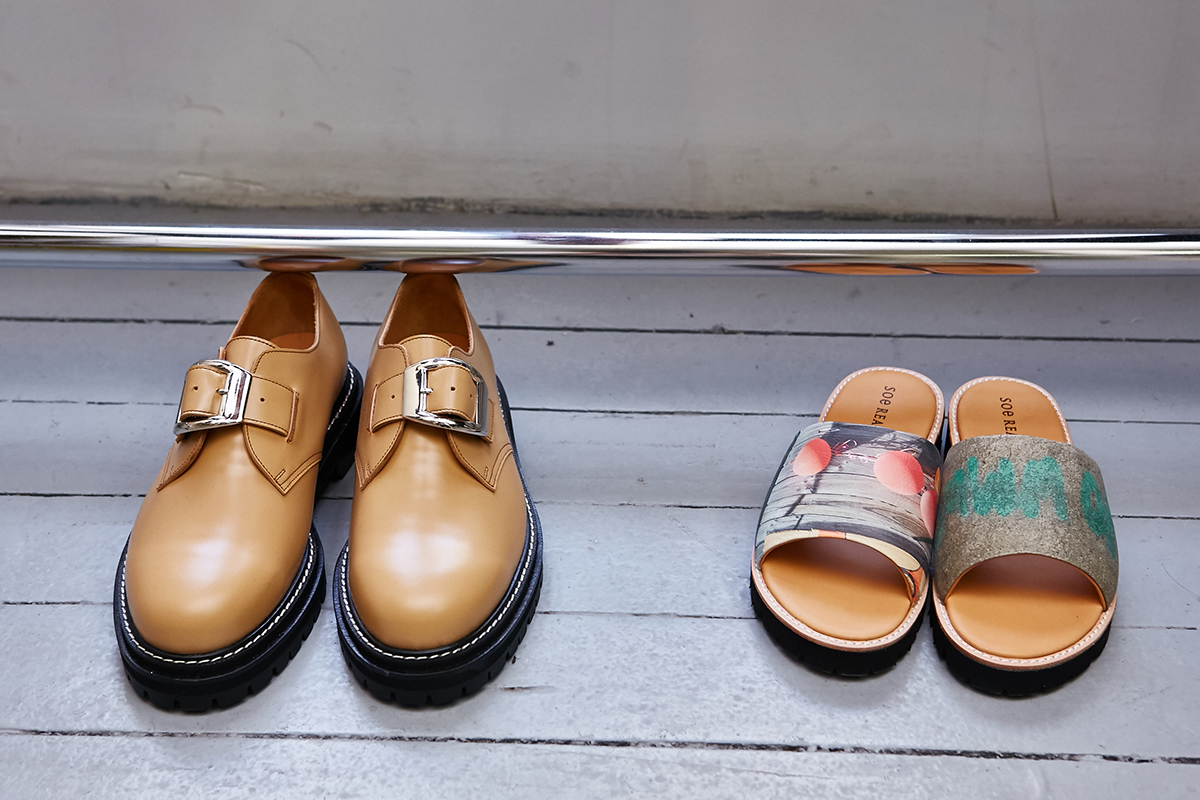 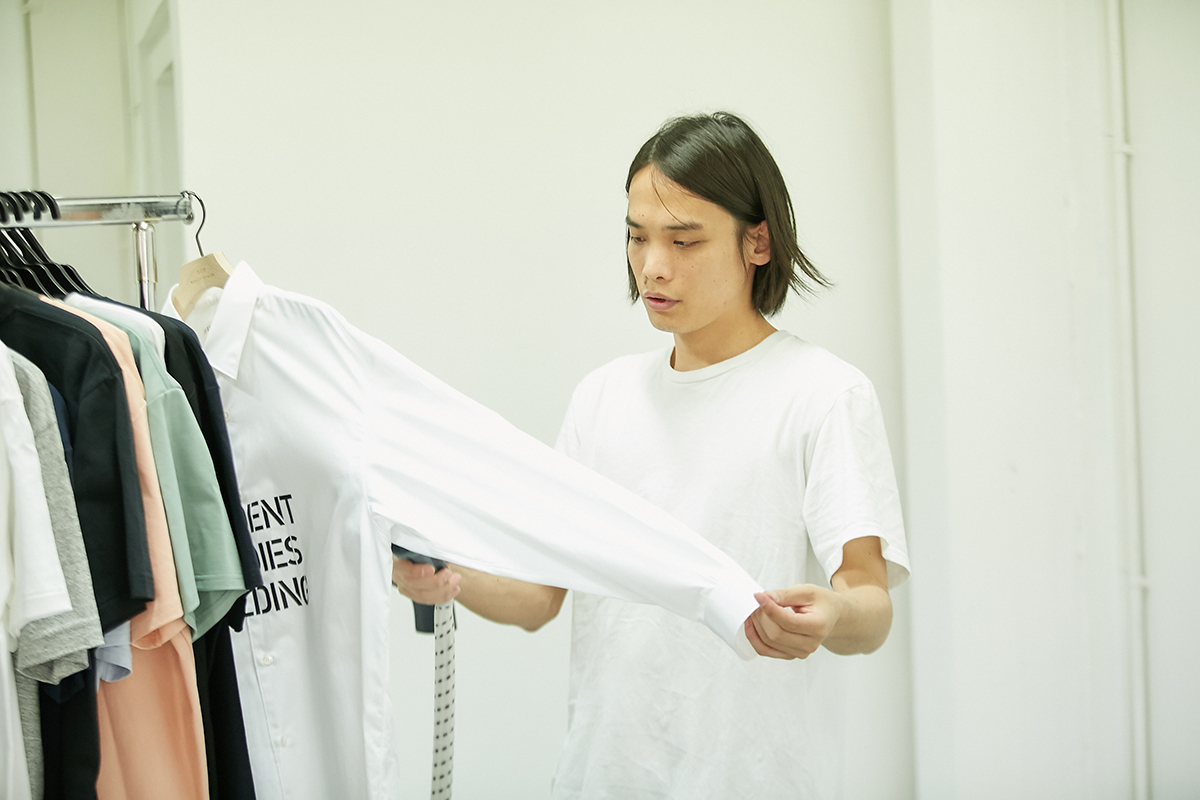 You’ve listed your wish to make known that soe is now under a new structure as one of your motives to apply to the TOKYO FASHION AWARD. What were your thoughts behind this change?

Ito： Up to now, we’ve been adjusting and making changes according to changes in surrounding situations, so this wasn’t such a big deal, and simply along the line of what we’ve always been doing. In continuing a brand for a long time, there are good times and bad times, and all sorts of talks come up in accordance to dealing with each circumstance. For example, creating a shop and announcing in Paris both came up from encounters with people, and we’ve simply acted in accordance to go with the flow. We’ve always valued a firsthand feel, and this change in structure was made under the same reason. From before, I’ve been making the men’s line in discussion with Takagi, so this is simply an extension of what we’ve been doing.

Takagi： I joined soe in 2008, and although there have been comings and goings of people, I feel the roots of the brand have not changed in the past 10 years. Even before this change in structure, Ito has often asked us, the staff for opinions on design aspects, and as a result of a gradual increase in weight of this, the brand naturally arrived at a structural change. 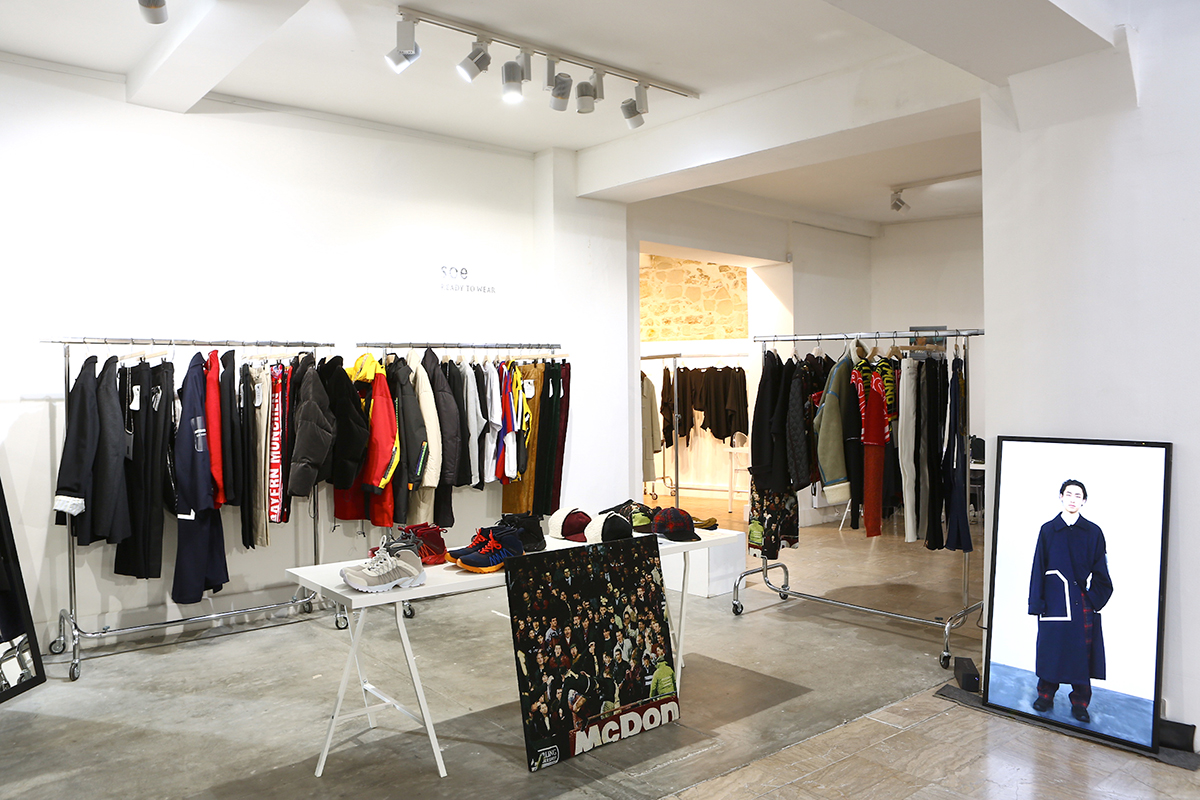 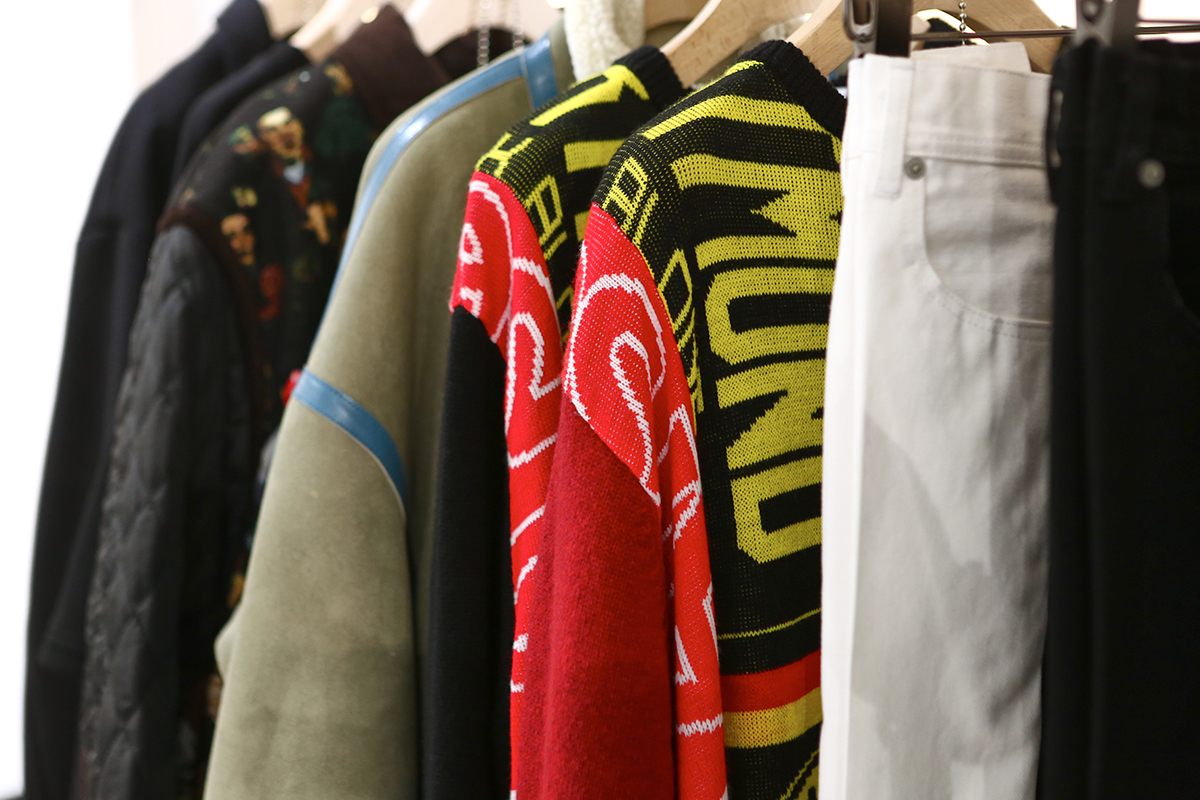 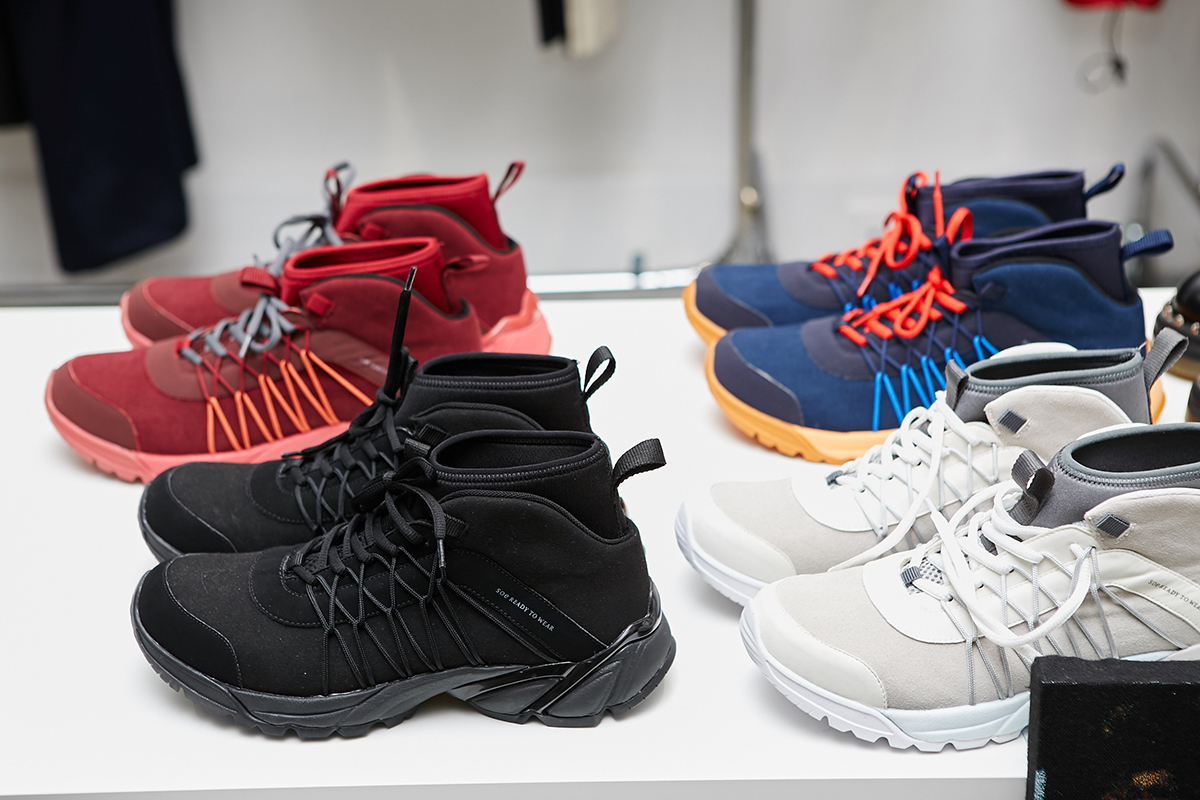 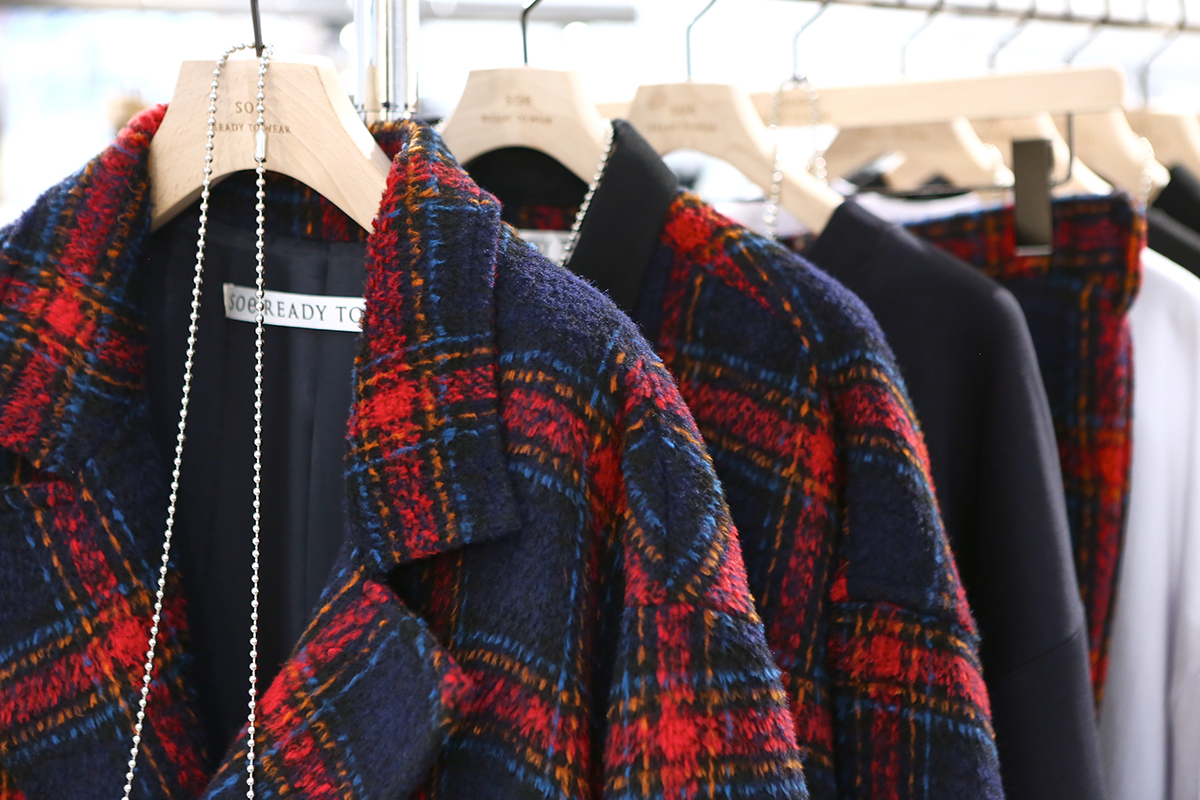 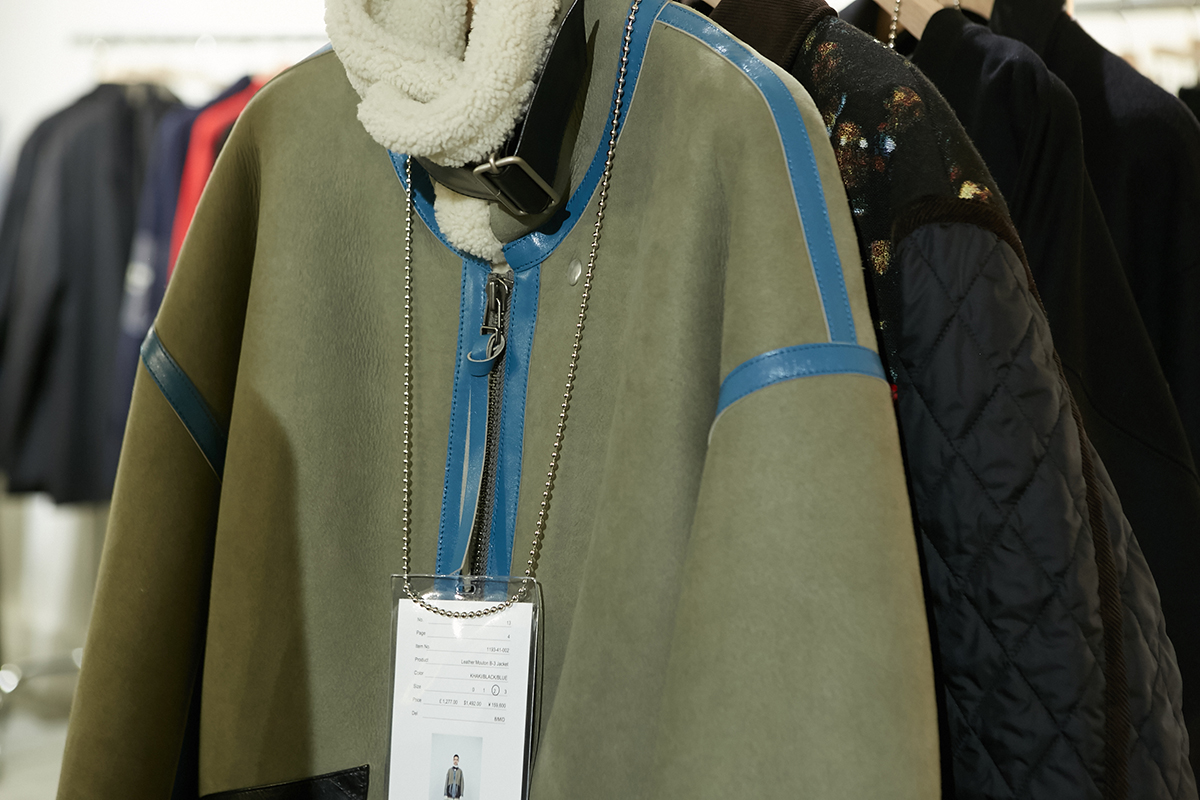 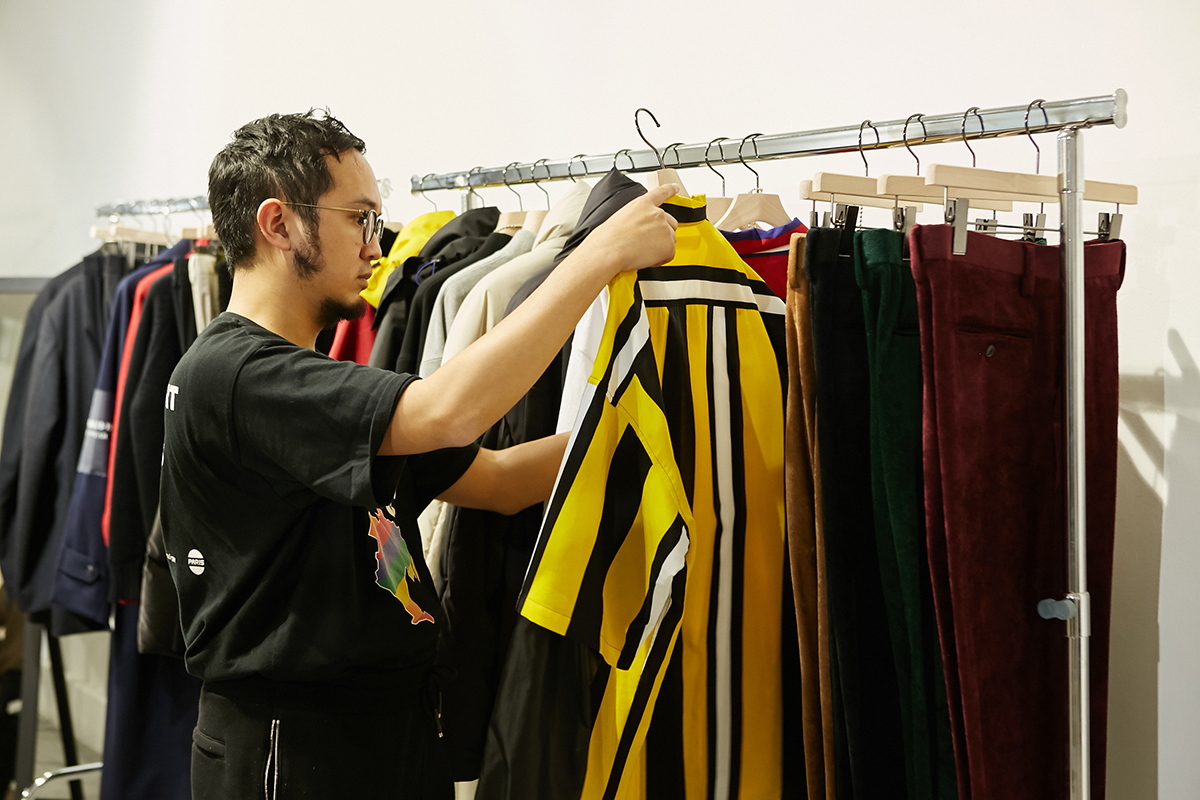 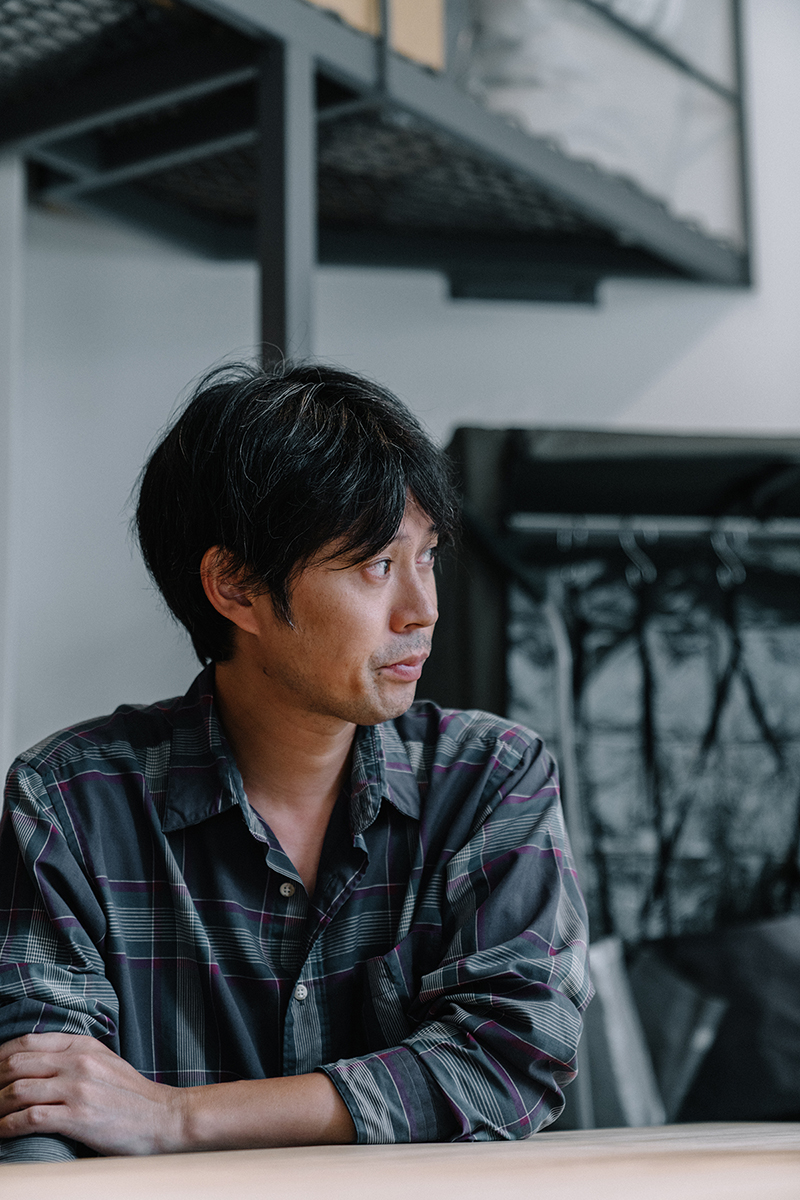 Ito： I grew up in a time and age when brands spore up, one after another, from small ateliers in Harajuku, and in a good sense, it was easy to start men’s. On the other hand, I had the impression that women’s was something for people whom had studied fashion expertise, but one day, an acquaintance said to me, “if you’re a fashion designer, I dare you to make clothing for women”, which got me started in thinking about making a women’s line. I’m still at a studying stage but having experienced a few seasons and receiving various opinions from people around me, I’m gradually grasping my own balance. I’m also enjoying the process of looking at the men’s line-up created by Takagi and connecting the image of the women’s to that.

It’s been over 15 years since you first started the brand, but do you feel any changes in the Tokyo fashion scene?

Ito： Tokyo in the late 1990s when I was studying abroad at London, I think was a rare unique scene with all sorts of elements mixed together, like people wearing Martin Margiela lined-up in front of goro’s in Harajuku. Back then, Tokyo was a special place, and there are many overseas designers whom were influenced by it. Recently, my friends and I have been talking about it a lot, but that situation which our predecessors had built up, we could never do. Of course, there are new waves arising, but I feel it is not yet a swell, big enough to represent Tokyo.

Takagi： I was born in 1985, so I’ve hardly experienced Tokyo in the 1990s, but around when I was in high school, soe was one of the often talked about brands. Relatively speaking, our generation had a strong admiration for import brands rather than Tokyo brands, but in recent years I’m feeling the strength of Tokyo brands once again. 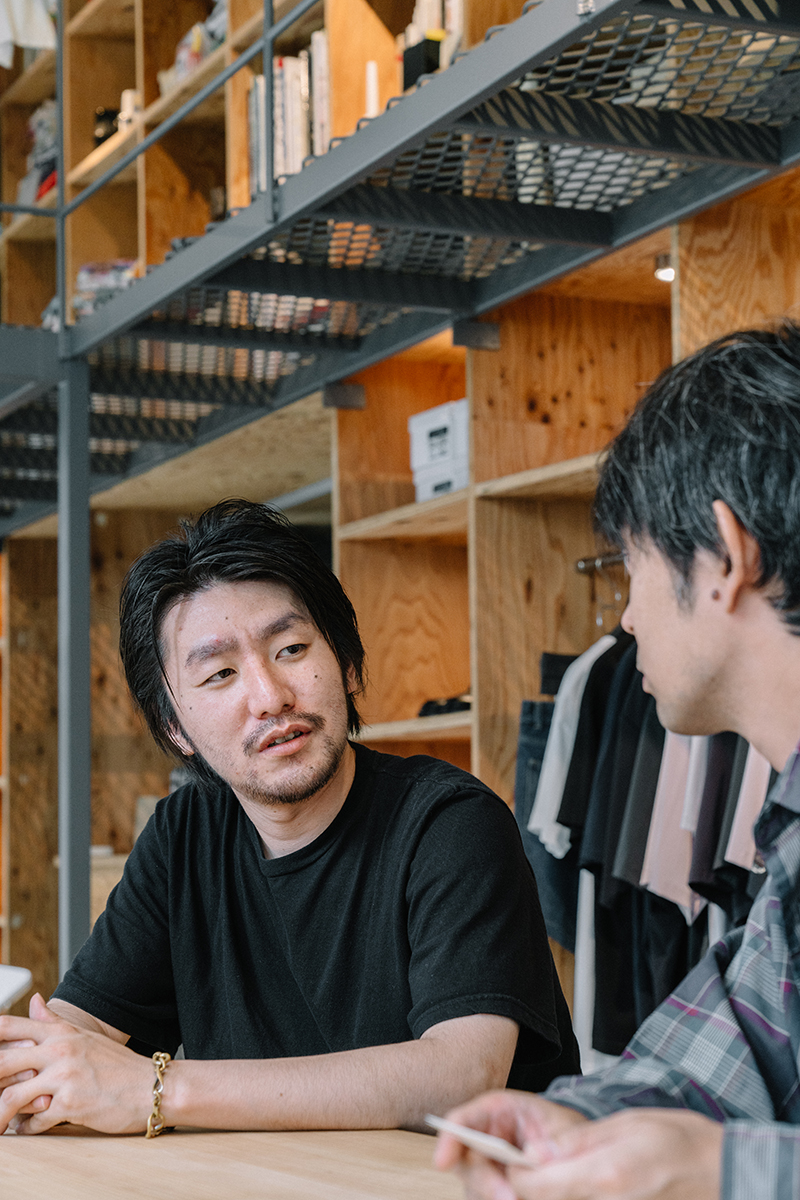 While the influences of upper generations still remain strong, we think the nurturing of next generations is important towards the future. Did this cross your mind when considering your structural change?

Ito： This takes us back to what I talked about at the beginning, but I’m not really concerned about the future that much (laugh). What’s important is accumulation, and as for me, all I want is to do something fun every season, maintain a good relationship with good people, and make a good shop. That’s it.

Takagi： I don’t have any wish to have someone inherit what I do either (laugh). Good or bad, I think Ito and I are alike.

Ito： Like me, Takagi is strong-willed too, but basically, he’s very shy, just as I am. We feel it is un-cool to stand in the front and assert ourselves (laugh). For me, this business sort of sprouted out from something I started as an extension of fooling around, so I hope to continue making interesting devices while having fun myself. 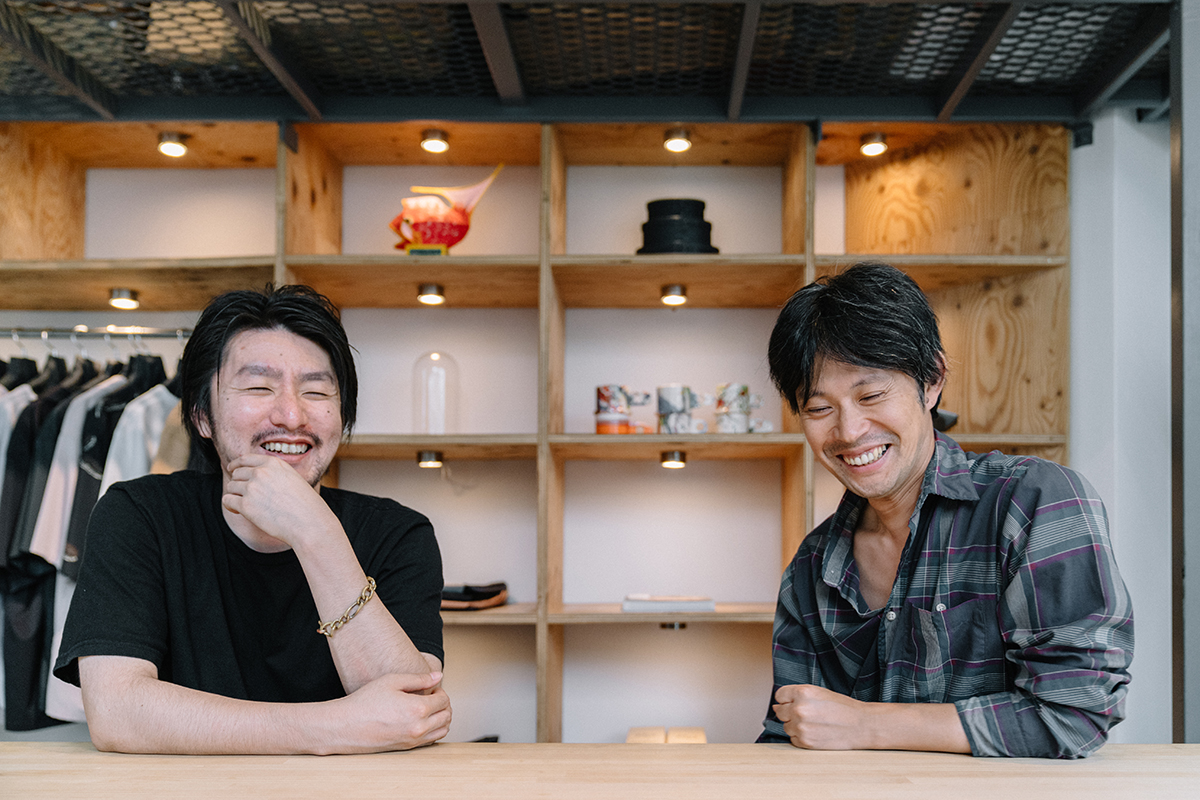