Talent / MC
Born in Tokyo, in 1985. Harry moved to the UK when he was 11 years old. After
graduating from high school, he started working as a model while working in a M&A consultancy firm in Japan. He went on to study at SOAS, a part of London University, then to Beijing Normal University, and upon returning to Japan, resumed his work in entertainment. His father is the former Tokyo branch Head/Asia Bureau Chief of The New York Times. Multi-lingual, fluent in Japanese, English, Chinese, and French Harry works on TV programs such as CXTV ‘Non-Stop’, NHK E TV ‘Omotenashi no Kiso Eigo’, NHK ‘Domo NHK’, and radio programs such as J-WAVE ‘POP OF THE WORLD’.

Harry Sugiyama has been appointed the AmazonFWT Official Ambassador for 3 consecutive seasons. He rocked up to 5 shows this time round. We’ve asked him for a review of this season’s shows, and what he feels about Japanese fashion and what lies for it in the future.

I love JUNKO KOSHINO shows purely for it’s aggression and a passion that is so “JUNKO KOSHINO” The way she combines fashion with EDM just does it . This was the 3rd time she brought out her “Fukushima Pride” collection. As can be perceived through the title, it reminds us of the disastrous “Great East Japan Earthquake” of 2011. But the collection does not just reminisce, but reminds us of the pride that the people of Fukushima have in their fabrics, and the strength that they have in order or embrace a bright future. The collection was powerful, drastic and emotional but most of all reminded us of the incredible qualities that Japanese artisans have. For the finale, Junko-san welcomed the Governor of Fukushima on stage, which left a warming touch to the show. 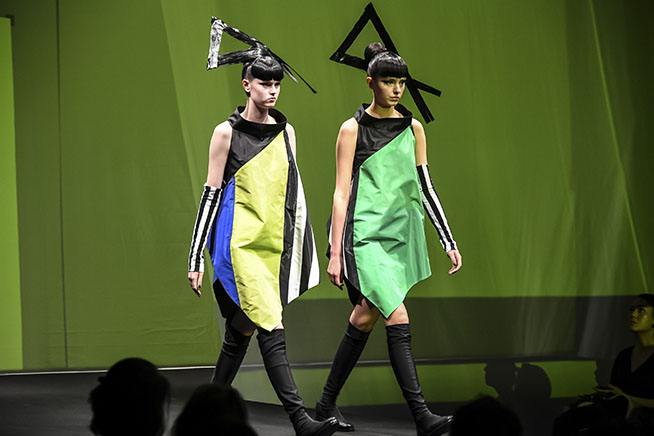 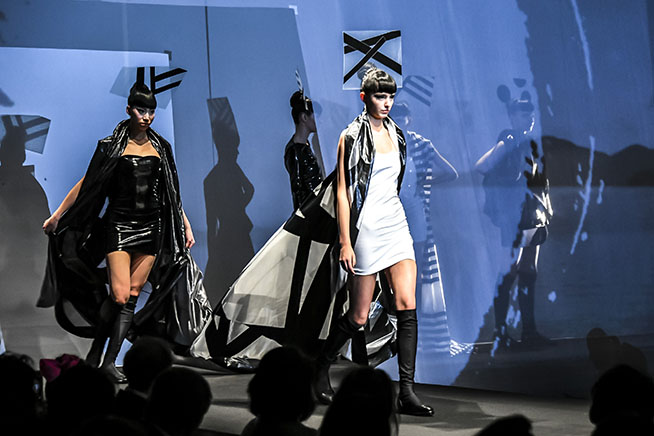 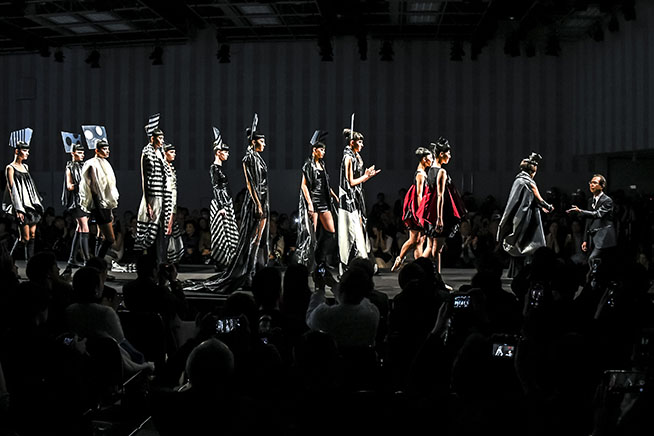 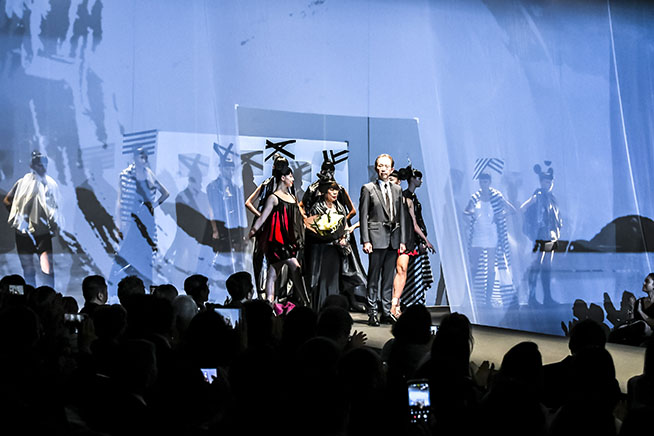 ANREALAGE`s last show prior to this one delved in to it`s history of 15 years. This time, it has gone into undiscovered territory. The further attention towards detail, the subtle presentation of beautiful clothing in an unreal surrounding was fascinating. Models walked under a huge 3m size mannequin, hung from the ceiling and wearing the collection only 5 times the scale. A true spectacle but the collection was too attractiuve for one`s mind to keep on ogling the mannequins. 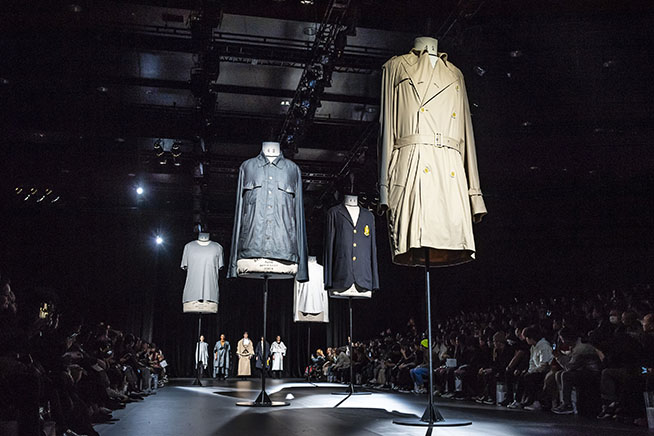 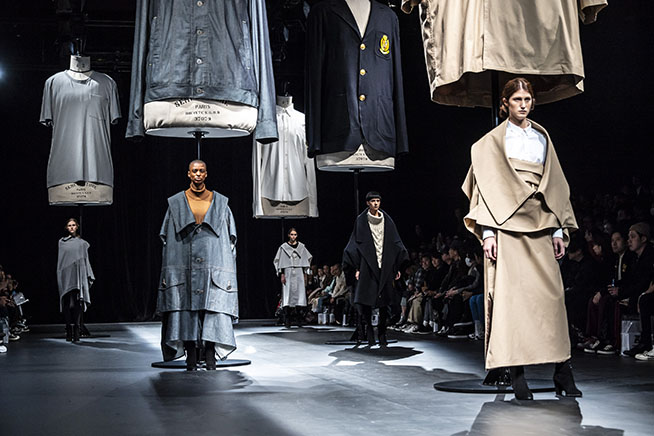 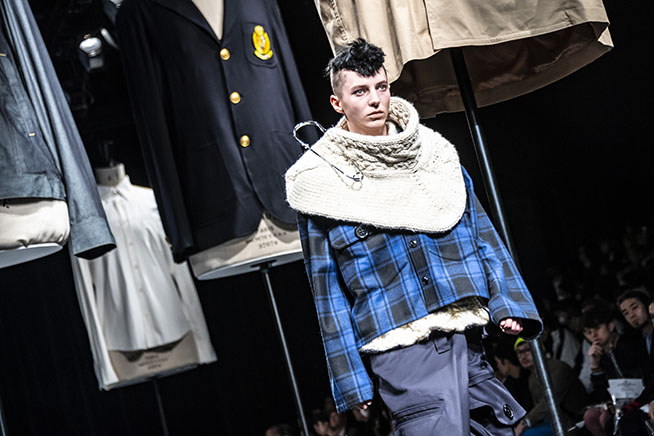 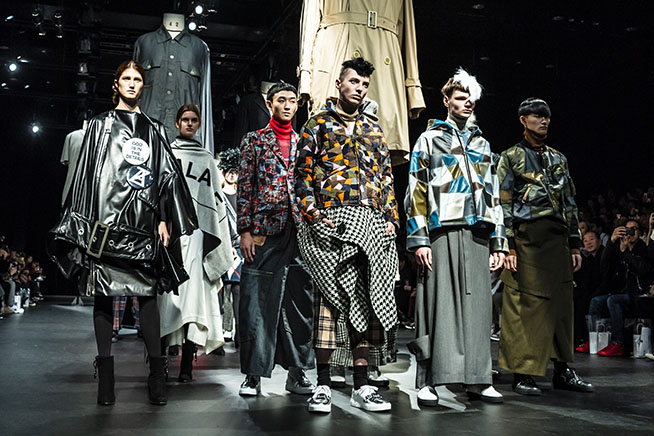 I couldn`t rock up to the show but having checked it on the net was blown apart.  We`re talking serious fun from the depth of Hades combined with the gospel. Sounds whacky huh? It was an exploration into one’s identity. About the ideal “self” that we portray and the differences with the “real me”. Everything he thinks is stylish had been incorporated into the show. Real passion with heels and power shoulders. A seriously hot brand with scores of youths rolling to the show. Definitely a man to watch out for. 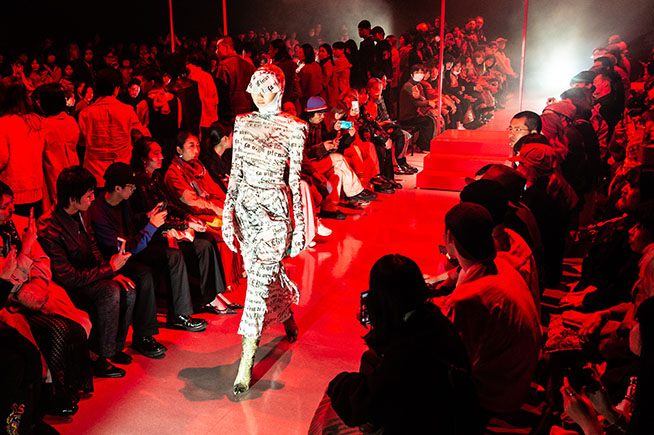 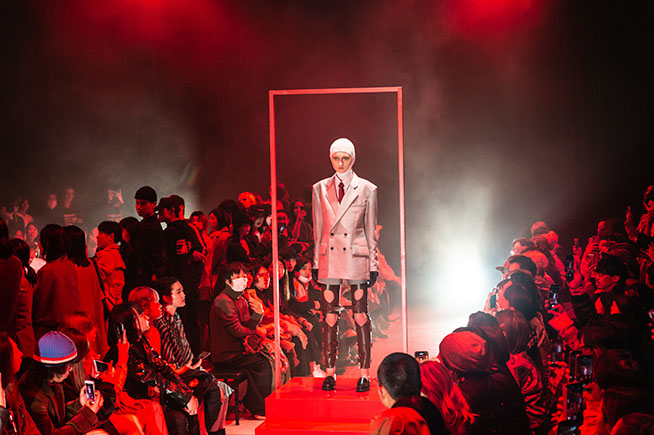 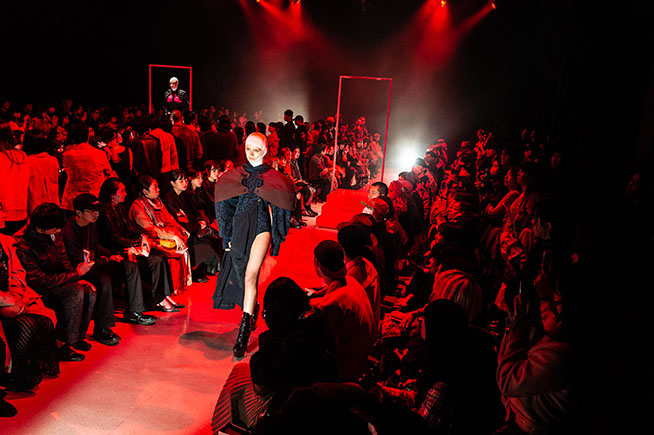 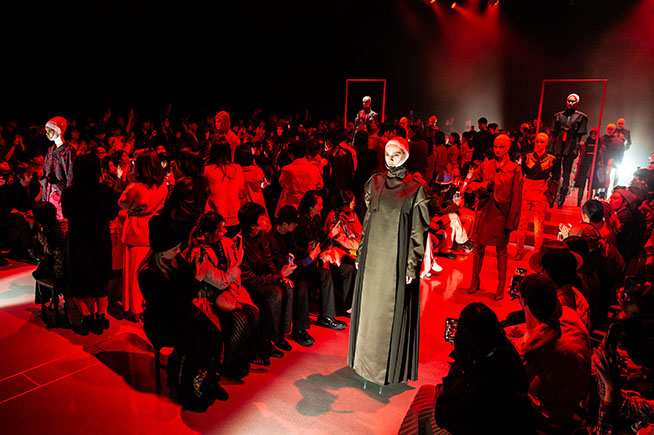 Another passionate show exclusively created for Japan by Christelle Kocher. Christelle has a strong link with Japan, respecting Rei Kawakubo and lovin’ Japanese street fashion. The location was wild, on top of SHIBUYA TSUTAYA, a location which is usually out of bounds and the models weren`t just models, they were groovy, chic and hot in all manners, freshly casted from the street. A truly vibrant show with colours and customized football uniforms with a funky twist.  A must buy. 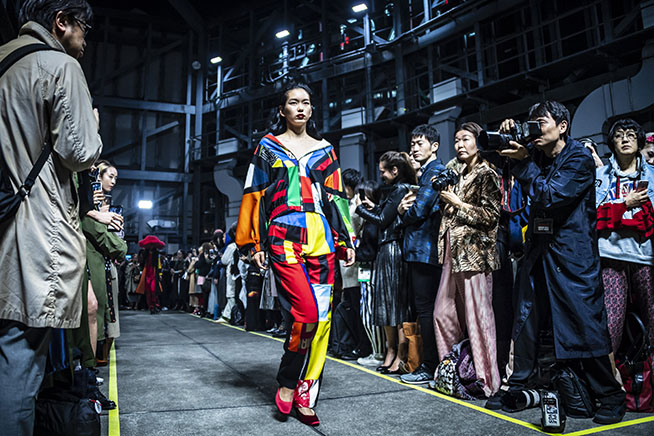 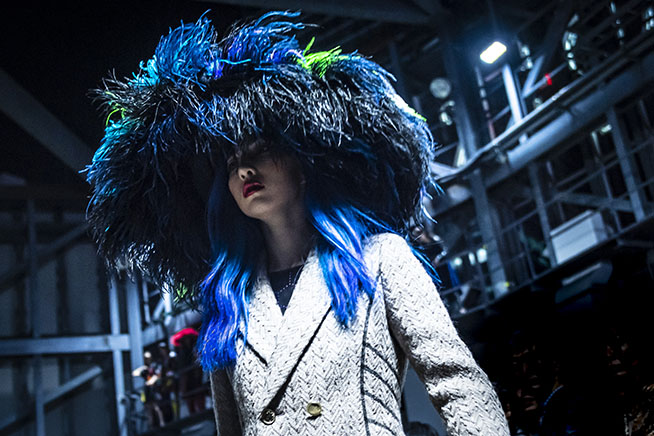 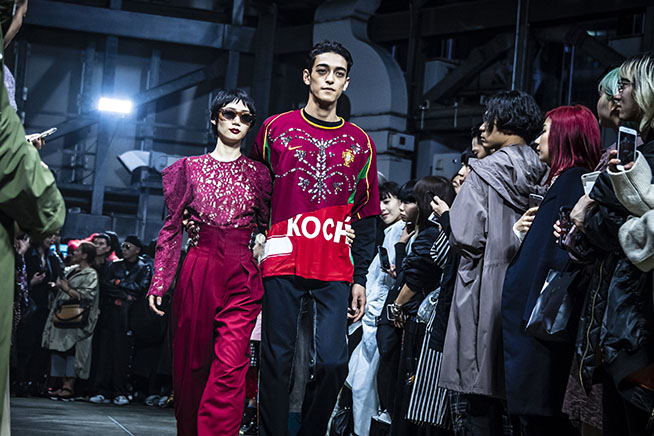 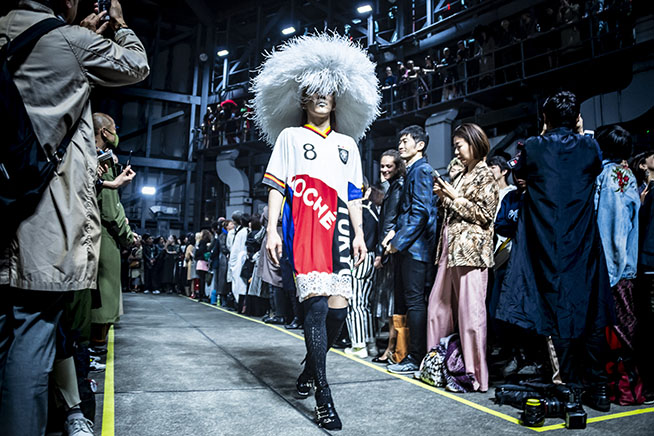 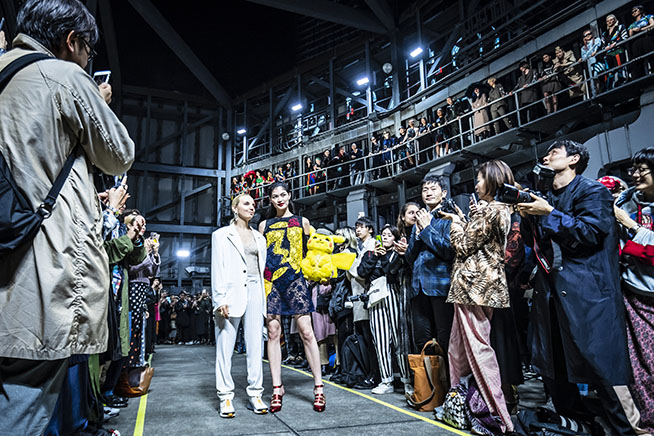 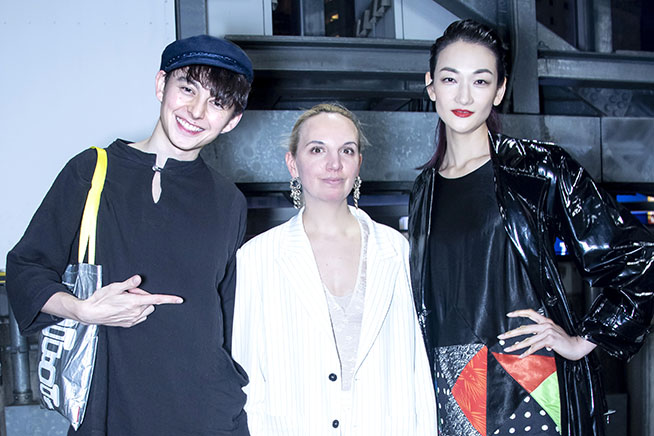 Glistening bodybuilders kicked off the show. What else can I ask for? lol PRDX PARADOX TOKYO had a sporty feel, and with para- athletes appearing as models, I felt the now of this era. In the MUZE part, they used mature models such as Mr. Terry Ito, and I felt the strong eternal message that fashion is for everyone, with absolutely zero boundaries. 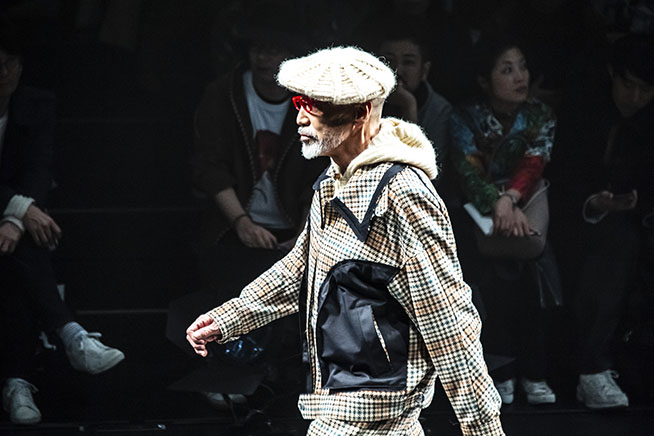 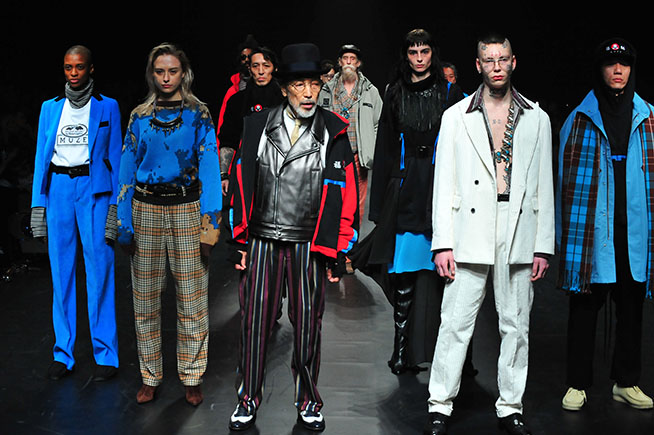 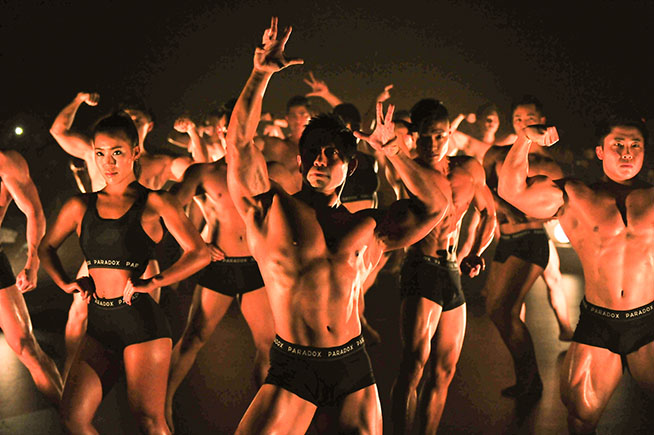 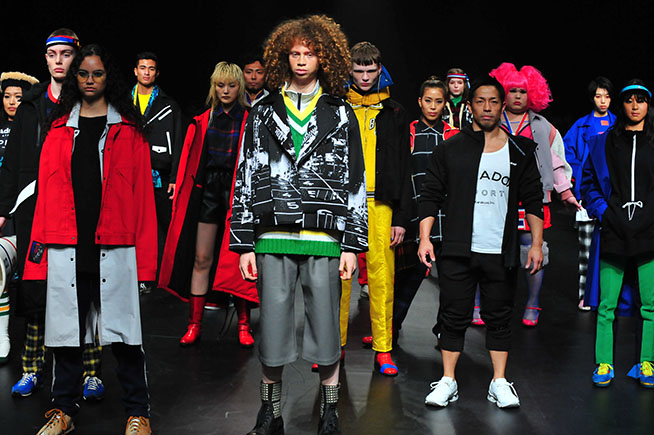 In the autumn, I will be appearing in a play for the first time. Rehearsals start in August and the show will start mid September. Written by Tennessee Williams and dedicated to the Japanese writer Mishima Yukio, “The day on which a man dies” explores the them of “life and death” My role is a role inspired by Mishima himself, and consists of lengthy monologues. It`s heavy but deep, very challenging but certain to open new doors for me. It so happens that my journalist father was a close friend of Mishima`s, and having heard so much about this historic figure and grown up with his presnce, I was fascinated and didn`t think twice once the offer for the role was made. Also the “life and death” has struck inside me of late. The same day our family`s mentor passed away, one of my close friends told me of her pregnancy, This is natural, of course, but comes at an interesting time, giving me all sorts of perceptions about life.

So I greatly look forward to this challenge. Let`s see where I will be for the next Fashion Week.